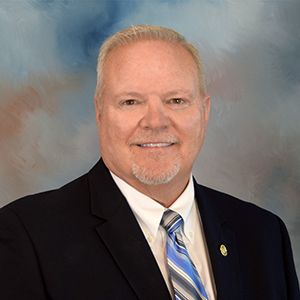 Guaranty Bank is pleased to announce that Fred Osborn was recently named a commercial relationship manager.

Osborn joined Guaranty Bank in 2019 as a vice president and business development officer. He has more than 35 years of banking experience, beginning his career in 1985 with Howard State Bank in Howard, Kan. He joined Commerce Bank in 1992, Equity Bank Southeast Kansas in 2016 and U.S. Bank Wealth Management in 2017, where he was vice president and managing director. Osborn will office out of Guaranty Bank’s 3016 McClelland Blvd. location in Joplin.

“Guaranty Bank is fortunate to have someone with Fred’s significant banking background,” said Jeff Williams, President/Joplin Region. “Fred is dedicated to community service and building relationships, which is something we truly value as we continue to position the bank as a market leader in commercial banking.”

Osborn holds a bachelor’s degree from the University of Kansas and is a graduate of the Graduate School of Banking at Colorado in Boulder. He is very active in the Joplin and Carl Junction communities, serving as the chairman of the Carl Junction Schools Foundation as well as a board member of the Joplin Rotary Club, the Joplin Regional Community Foundation and the Community Clinic of Southwest Missouri.